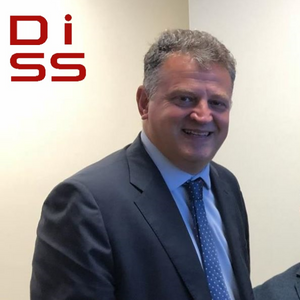 Mario Cozzolino, MD, PhD, FERA, FASN is Full Professor in Nephrology at University of Milan and Director of the Renal Division at ASST Santi Paolo and Carlo Hospitals, Milan, Italy. He is the Director of the Laboratory of Experimental Nephrology at Department of Health Sciences, University of Milan, Italy. In 2013, he was recognized as the Distinguished Fellow of the European Renal Association. In 2017, he was recognized as Fellow of the American Society of Nephrology.

In 2019, he was elected in the Council of ERA-EDTA.
In 2021, he was nominated as Chair of ERBP (European Renal Best Practice)
From 1999 to 2002 he was a Research Assistant in Vitamin D Laboratory, Renal Division,

He has been is the Chairman of the CKD-MBD Working Group of European Society of Nephrology (ERA-EDTA), from 2013 to 2018.

He has organized several congresses and meetings in the area of mineral metabolism and renal disease. His areas of interest are the mechanisms of pathogenesis of secondary hyperparathyroidism, renal osteodystrophy, and vascular calcification in CKD patients. Recently, he started to study the genetic polymorphism of proteins involved in the molecular mechanisms of vascular calcification in CKD. Finally, he is deeply involved in developing new treatments of secondary hyperparathyroidism and hyperphosphatemia in CKD patients. In the last 20 years, he has been involved as Principal Investigator in 20 International Clinical Trials on the Treatment of Hyperphosphatemia and Secondary Hyperparathyroidism in CKD and ESRD Patients.

From 2015 to 2020, based on Expertscape's objective, quantitative multi-factorial analysis of scientific publications covering the past 10 years, he was the first of the world's top experts in the field of hyperparathyroidism research and treatment.

He is Author of 335 publications on peer-reviewed Journals (Total Impact Factor 850; Citations 8800; H-Index 50; i-10 index 180). He also serves as Associate Editor for “NDT”, “Scientific Reports”, “Plos One”, “Clinical Kidney Journal”, “Journal of Nephrology”, “PanMinerva Medica” and “Blood Purification” and as Peer Reviewer for 35 Medical Journals.